If you’re a Costco member you’re probably familiar with their $4.99 rotisserie chickens. They sell so fast that in 2018 the company reported they sold 91 million chickens. The item and company are currently facing criticism after the animal rights group Mercy for Animals visited Costco’s chicken processing plant, and found less than adequate conditions. 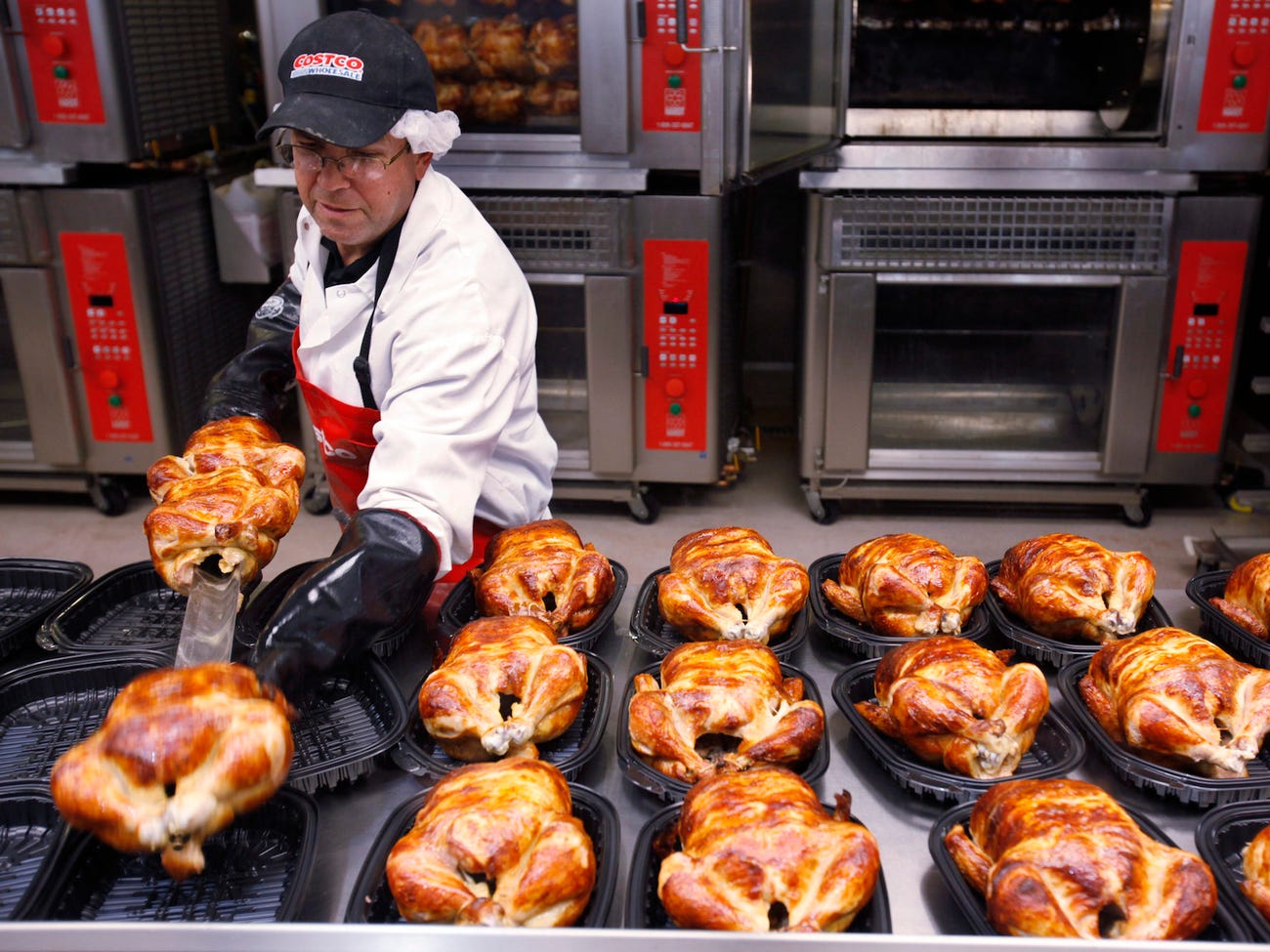 The $450 million plants which were open in Nebraska in 2019 as a part of Costco’s efforts to maintain competitive-priced poultry had described as filthy and completely inhuman. According to Insider the plant processes two million chickens each week and was expected to supply close to half of Costco’s chickens shortly. Costco pledged to keep their chicken at the competitive rate of $4.99 in 2009. Despite this meaning, they lose money on the item. The company believes that the loss is worth it. Because the famous chickens draw in customers who buy other, pricier items with it.

Along with their pledge to low prices, Costco also has an Animal Welfare pledge that includes an entire section on the conditions and expectations for their poultry manufacturers, processors, and other providers. The first sentence of their Animal Welfare mission statement reads, “Costco Wholesale is committed to the welfare, and proper handling, of all animals that are used in the production of products sold at Costco.” Why is it then that reports of “crowded, filthy barns,” and "chickens struggling to walk under their own unnatural weight. Bodies burned bare from ammonia-laden litter. Dead days-old chicks, (and) piles of rotting birds," exist from Mercy for Animals.

Since the accusations, Costco told Insider, “Costco and LPP will use the results of our audits as well as other sources of information. Including this video, to make further improvements to our animal welfare processes.” But their general counsel John Sullivan told the Times that what Mercy for Animals saw and filmed is, "normal and uneventful activity.” Mercy for Animals has asked Costco to join Popeyes, Burger King, and Chipotle. As well as 197 other businesses in a pledge for better treatment of their chickens. Additionally, Costco has an existing pledge it needs to better uphold. Animal Welfare | Costco