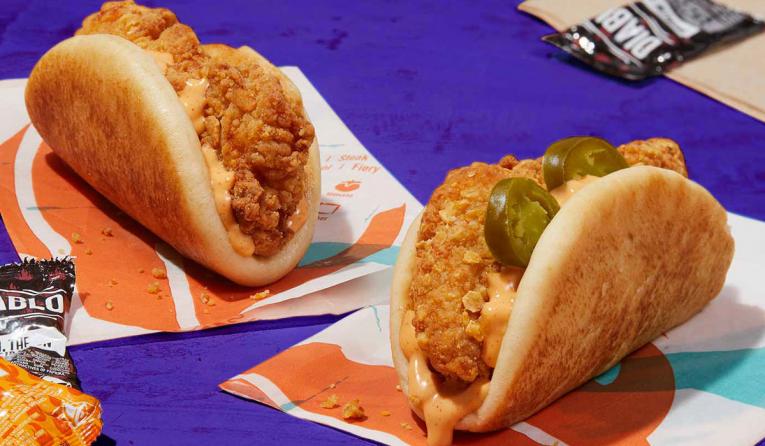 Instead of a tortilla, the chicken is placed in a “puffy bread, shaped in an iconic taco form.” And there are both regular and spicy versions of the sandwich. Both include a signature creamy chipotle sauce, but the spicy version also has crunchy jalapeño slices!

It’s going to be available for a limited time. Starting March 11, in Nashville, Tennessee, and Charlotte, North Carolina for $2.49. But if all goes well in testing the item will make a nationwide debut later in the year.

There’s talk of more crispy chicken items coming to Taco Bell’s menu this year. But no confirmation on what exactly those are. For now, we sit and wait to try this sandwich!