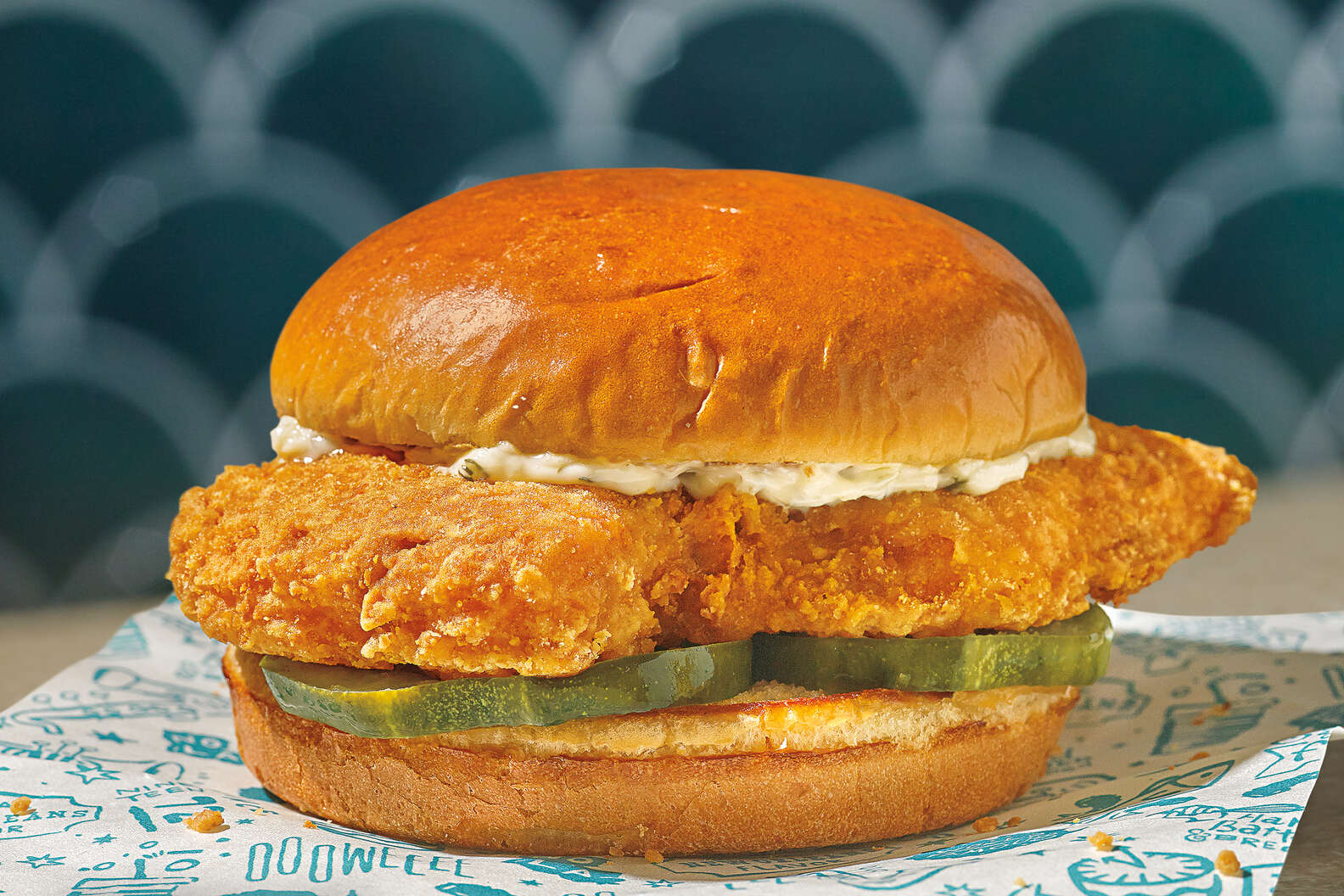 Two years after Popeyes launched their fried chicken sandwich and created a whirlwind in the fast-food industry, the chain announced the launch of a new sandwich. Hold the chicken because this one is made with fish. Flounder to be exact. The Cajun Flounder Sandwich will be available Thursday, February 11, for a short time at Popeyes locations.

Popeyes seems to be entering new territory apart from the so-called “chicken sandwich wars” that began in 2019 after the Louisiana-style chain released its chicken sandwich spurring many copycat varieties from chains such as McDonald’s, Wendy’s, KFC, and Church’s Chicken.

The crispy fish sandwich is made with flounder “caught from the icy waters of the Pacific Ocean.” The light and flaky fish is seasoned and battered in a mild spicy cajun seasoning and fried until golden brown. It is complete with barrel-cured pickles and tartar sauce on a golden brioche bun.

Since today is launch day for the Cajun Flounder Sandwich, those who order mobile order it will be given the option to purchase Sandwich Insurance for an additional 15 cents. The insurance allows customers the ability to replace their fish sandwich with a fried chicken sandwich for free if they do not like it.

We like to think that Popeyes is trying to challenge its competitors with a new product thus serving as a catalyst for the “fish sandwich wars” or it could be a genius marketing strategy for the upcoming Lent season. This year Lent will begin Wednesday, February 17, to Thursday, April 1.

If you do decide to give it a try, be safe. We would not like to see a repeat of what happened in 2019.

In the meantime, we will be sitting back and observing how the fast food industry will react to this one.