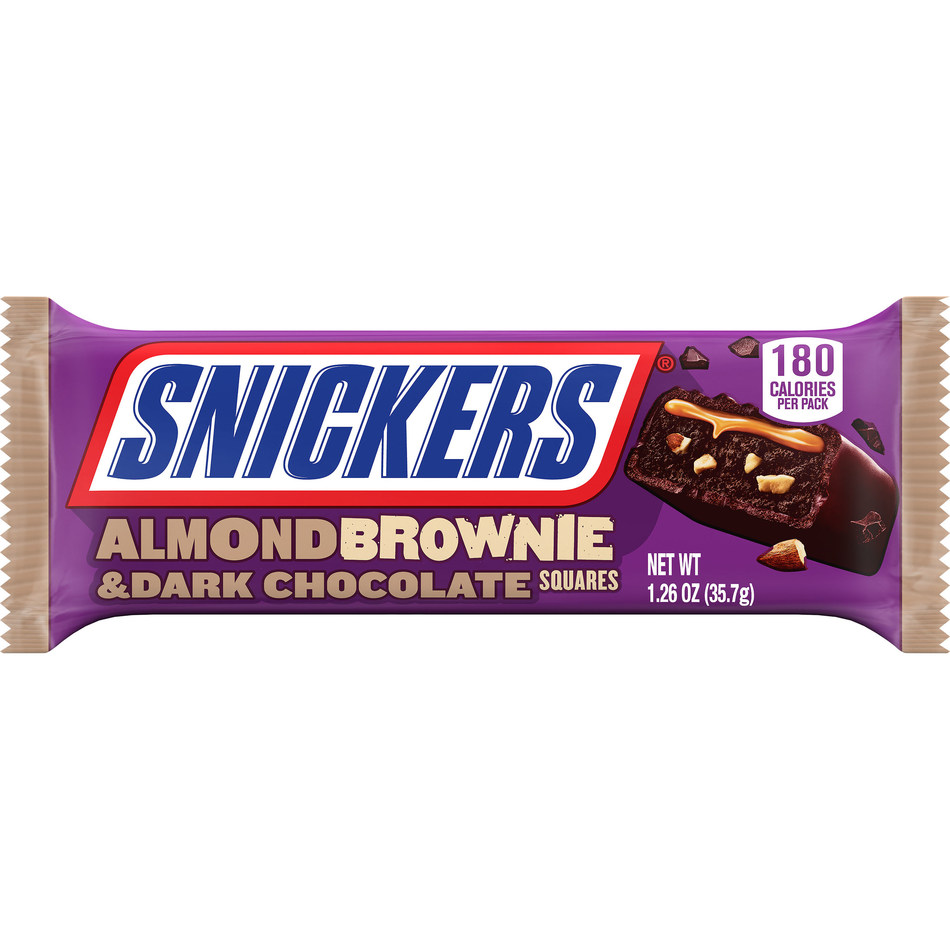 Looking for a new decadent snack? Well, Snickers is cooking up an all-new innovation in its brownie line-up. That will undoubtedly satisfy any sweet tooth at any time of the day! Snickers Almond Brownie will be launching in August!

This edition features a mouthwatering chewy brownie filling. Mixed with chopped almond chunks, topped with a layer of the sweet Snickers caramel, and encased in rich dark chocolate. The description alone just sounds like a lovely mashup of textures done right.

The ice cream version is brownie-flavored ice cream with chewy brownie bits. A thin layer of caramel, and peanuts coated in milk chocolate. If you haven’t tasted this lineup yet. I’d suggest you get your hands on one to get a hint of what’s in store when Snickers Almond Brownie is released in a few months. In the meantime, I’ll be enjoying my Snickers and envisioning what my first bite of the Almond Brownie will be like!