Whether your ancestors immigrated to America from Italy or China, there is probably a restaurant just blocks away from your home where you can enjoy their native cuisine. A place where you can connect with your roots through food, where you can sense where you came from by appreciating the nuances of cooking techniques, of carefully selected ingredients.

Long before Americans began tasting German dishes and seeking influence from Mexican flavors, Native Americans were foraging for chokecherries and mastering the cooking of wild game. But while European tastes have a vast presence in American restaurants, Native American cuisine is all but invisible.

The Sioux Chef, a team working for the recognition of pre-colonial cuisine in modern kitchens, is on its way to change that -- by opening an indigenous restaurant.

Heading the effort is Sean Sherman, 42, a chef from the Pine Ridge Reservation in South Dakota. He's spent the last 30 years working in restaurants in the Midwest and the last few years wondering why the techniques of the nearby Lakota and Ojibwe tribes are so chief to him and so obscure to others.

"Why is it that you can find cuisine from all over the world in our many great cities, but not the food that comes from right under our feet, the food that is Native to our regions and the Indigenous Peoples?" Sherman wrote on The Sioux Chef's Kickstarter page, the main fundraising effort for the project.

The campaign has already surpassed its $100,000 goal, with two weeks left to continue fundraising.

Sherman isn't new to speaking out about Native cooking. He opened Minnesota-based The Sioux Chef as a catering and food-education business in 2014. The next year, he and business partner Dana Thompson opened the Tatanka Truck, which serves indigenous foods from Minnesota and the Dakotas. And now, after much success and media exposure, they've set their sights on opening The Sioux Chef, an Indigenous Kitchen.

It will be the first Native American restaurant of its kind.

The team's vision for the restaurant includes a 120-seat dining room, as well as a garden, a conference room and a kitchen large enough to hold workshops for visitors. They plan to use the space to continue meeting with Native chefs, to host performances by Native artists and to showcase traditional preparation of indigenous foods.

Absent are wheat flour, sugar, and dairy -- government-issued foods that replaced traditional Native cuisine many years ago, according to The New York Times.

Below is Sherman, part of the Oglala Lakota sub-tribe, plating food at the Lake Traverse Indian Reservation. 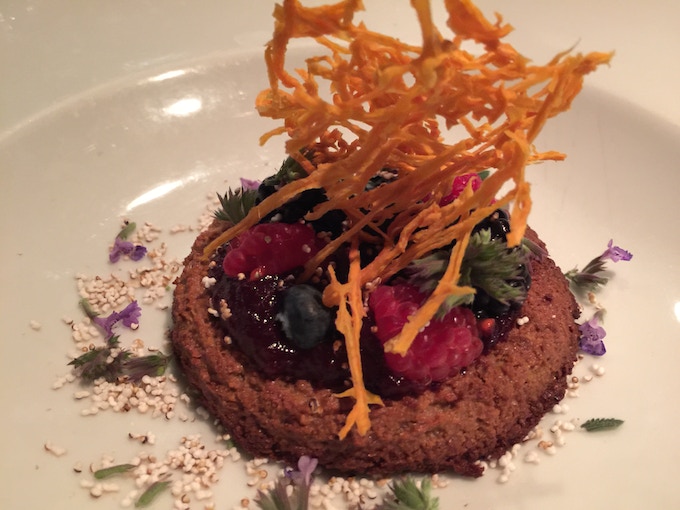 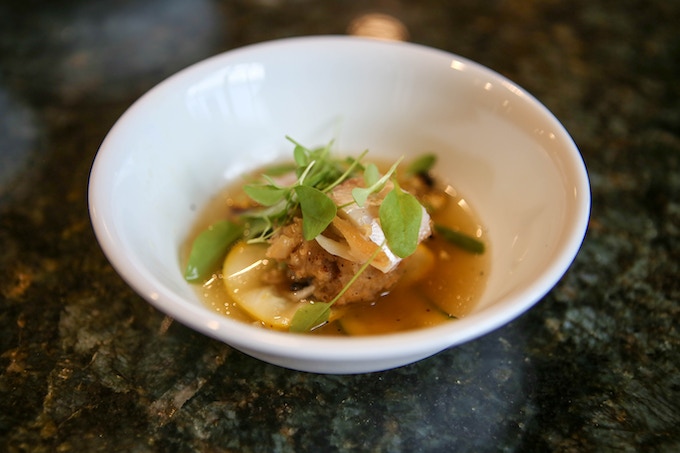 The Sioux Chef plans to use additional incoming donations to make the Indigeneous Kitchen less of a restaurant and more of a community space. They envision a sustainable wood-fired cooking line and, down the road, locations in other regions.

Support for the project would suggest that is more than likely.