We all know about the brave little toaster, but this new Kickstarter-funded appliance is brave and bold in a whole new way.

Why? Because its functions span beyond simply toasting your bread -- that’s toaster amateur hour now. This updated kitchen model called the Toasteroid applies microfilament technology and an accompanying smartphone app not only to predict the weather on your toast, but to remind its users to pay their gosh darn bills on time.

"Toasteroid is NOT just a toaster," reads its KickStarter page. "An ordinary toaster turns bread brown and that’s the ONLY thing a toaster can do. Toasteroid can be your personal Weather Forecaster, Private Messenger, and Doodle Pad. It can do all of the above with simple commands from your smartphone and still make the most perfect piece of toast you’ve ever had." 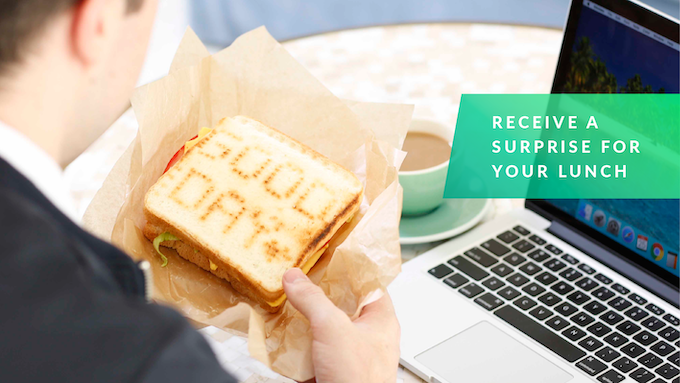 “Toast awesome images, the weather, send toast messages, and everything in between to cure your morning blues!” the KickStarter page adds.

Essentially, the Toasteroid connects to a smartphone via Bluetooth, thus enabling the mobile app. From there, users can select a vast array of designs to emblazon on their toast, including pre-made templates or a draw-your-own-design type option. For those of you who aren’t morning people, and find it too difficult to look outside your window, you may also use the Toasteroid to print the day’s weather forecast for you.

Real toast experts, who pride themselves on their discerning toast palates, never fear. Not only does the Toasteroid come with all the cute, aforementioned perks -- it actually sounds like a pretty solid toaster, allowing users to choose the exact level of tastiness they prefer their bread to be browned.