Could this be the multi-functional coffee maker all of us caffeine addicts have been waiting for?

It's possible, folks: there's a new coffee machine slated to hit the market called GINA, and apparently it is able to perform three distinct functions, which is sure to meet your coffee needs on any given day. 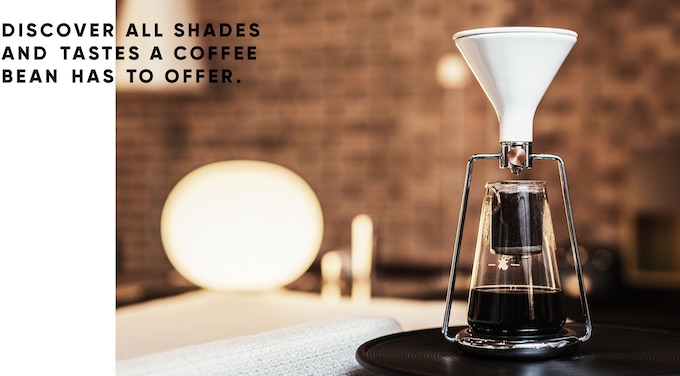 GINA was produced by the same fine people who gave us the Goat Story Coffee Mug, and has a similarly beautiful design which is sure to look great in anybody's kitchen. But GINA isn't just beautiful; she's got brains too.

GINA's Kickstarter pages bills the device as "the first smart coffee instrument with a built-in scale and an app enables you to brew coffee with pour-over, immersion and cold drip." What makes her special is that she comes with a built-in Bluetooth scale that actually weighs your ingredients for you, which makes striking the perfect balance between coffee, water and time an absolute breeze.

Basically, users just connect GINA with an app via Bluetooth on their phones to transfer and save their favorite brewing data combos; they will also be able to browse other users' favorite brews and see what the online community is sharing on a public feed.

Gina's specially designed valve allows users to choose whether they want a pour-over coffee, an immersion brew, or  cold drip. At the moment, GINA can brew only 25-ounces at a time, which is just over four cups of coffee.

If you're interested in purchasing a GINA, you can still pledge $160 or more on its Kickstarter page to receive one coffee machine in your choice of color (either black, white, or steel) around April 2017.