A New York woman has reportedly discovered a green insect in a frozen Weight Watchers meal.

Jessica Mills of Queens, New York, said she was eating the frozen meal, which contained pasta noodles with ricotta and spinach, for lunch in her office when she bit into something crunchy.

"I knew something was not right because the meal itself is not crunchy," Mills told ABC News. "All of a sudden you hear crunch. I reached into my mouth and pulled something out."

After pulling the object out of her mouth, Mills discovered it was a green insect that she had bitten in half. 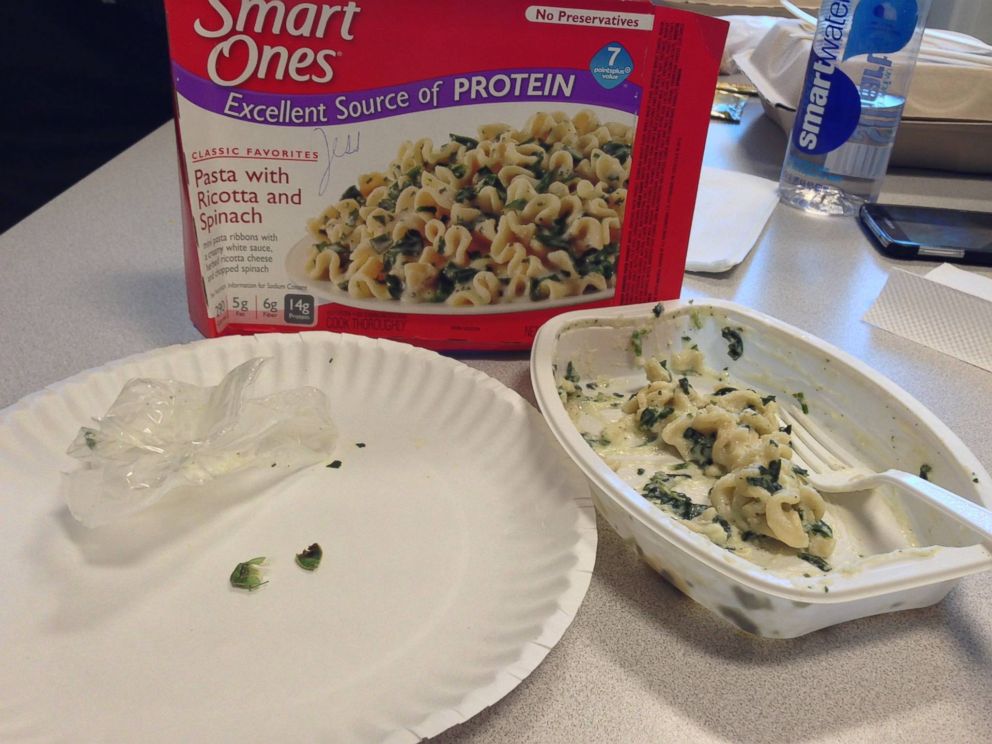 The woman said she was shocked and disgusted by the discovery.

"Every time I picture something green I don't think I can eat it," Mills said after finding the insect, which she believed was a cicada. "I'm really freaked out, and I eat a lot of vegetables."

Mills said she called the quality control number on the box that the meal came in and was offered a choice between a refund and a free replacement meal.

The woman said she is now wary of purchasing Weight Watchers again.

"I'm pretty sure I'm not going to purchase a new one or eat one for a while," she told ABC News.

The meal that contained the insect was manufactured under the Weight Watchers brand Smart Ones. A message on the front of the box promised customers that the meal was an "excellent source of protein." The Kraft Heinz Company, which produces the Smart Ones brand, said it is currently investigating the matter.

"Smart Ones takes the quality of its products very seriously," the company said in a statement on Jan. 7. "We're in contact with this customer and are in the process of investigating the issue to learn more."

Mills said she has left the insect sitting on the paper plate where she had originally placed it instead of putting it into a container.

"I can't bring myself to go near it," she said.

This is not the first time a customer has found something strange in a Smart Ones meal.

In 2010, a woman named Noreen reportedly discovered a small frog in a fettuccini alfredo pasta meal by the same brand, according to the Consumerist.