Print This Recipe
At potlucks, cookouts, picnics, barbecues, and the like, we're all used to seeing the familiar dish of baked beans. And why not? They're good. They're dependable. They're soft and tender, sweet and savory, hearty and filling. They're a side dish mainstay that everyone spoons on their plate without thinking much about it. But if you're the one bringing the beans next time, don't you want to bring beans that people will think about? Don't you want to bring the best baked beans ever? Well, good news, you guys. These beans here answer that call. These beans are ahhh-maz-ing. These beans are the complete package. These beans are the. best. ever. They're cooked low and slow in a sauce that is sweet and tangy and layered with flavor, and as it cooks that sauce becomes caramelized and surrounds those soft and tender beans in a blanket of nuanced flavor. There's also bacon involved. But not sad, soggy, chewy bacon. The bacon is partially cooked beforehand and then arranged on top of the dish before baking, so as it cooks it becomes perfectly crispy. When the beans come out of the oven and you're ready to serve, that bacon crumbles easily against your spoon and imparts a smoky, crunchy bite to each mouthful. Bean and bacon perfection. 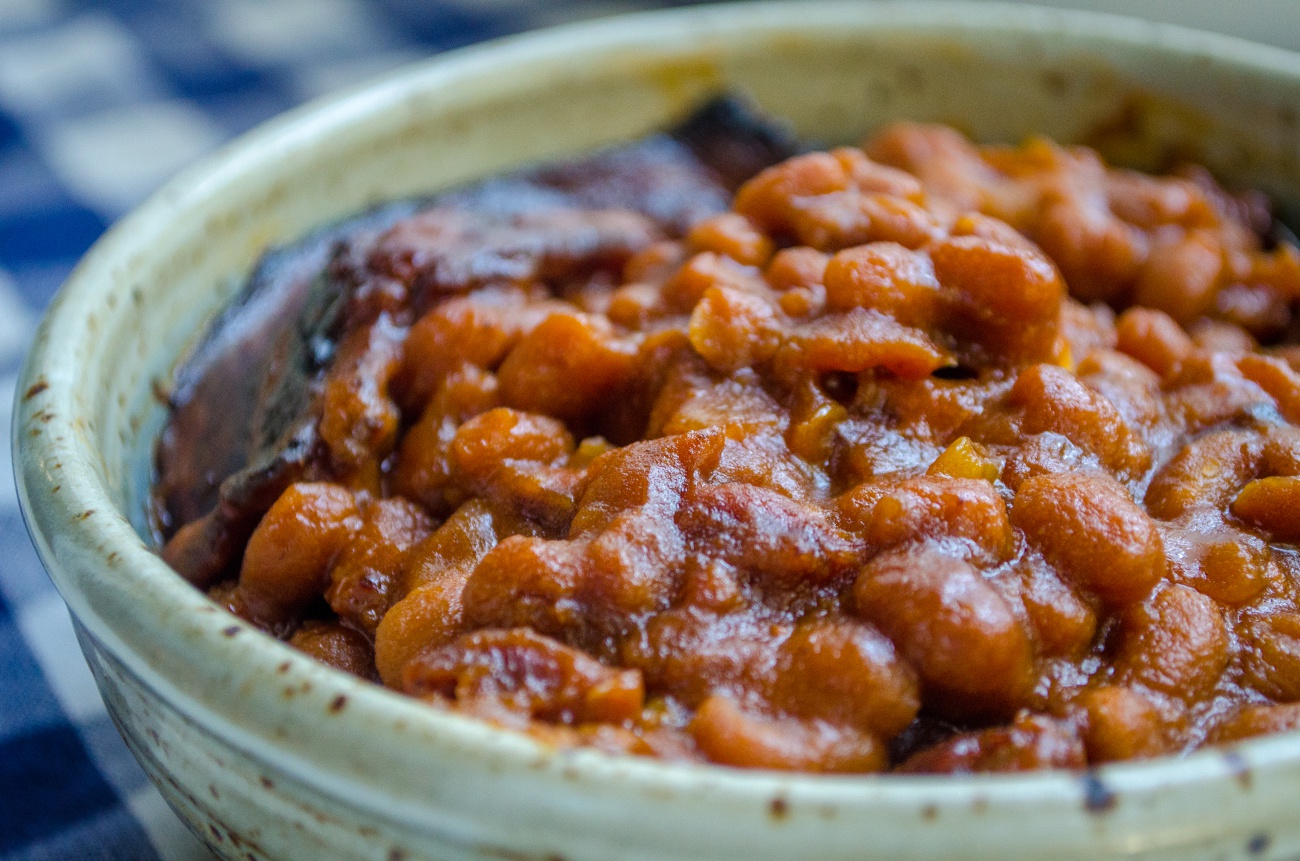 Do we start with dried beans? No. Sorry, not sorry. It's just that after all the effort of sorting and soaking and stewing dried beans, we find that the outcome in the end is really not all that much improved. So - at least in this application - we're all about the canned shortcut. A basic can of pork and beans is a great base here, and the things we add to them transform them into a flavorful rustic and homey side dish that you'll be making more than once, trust us. 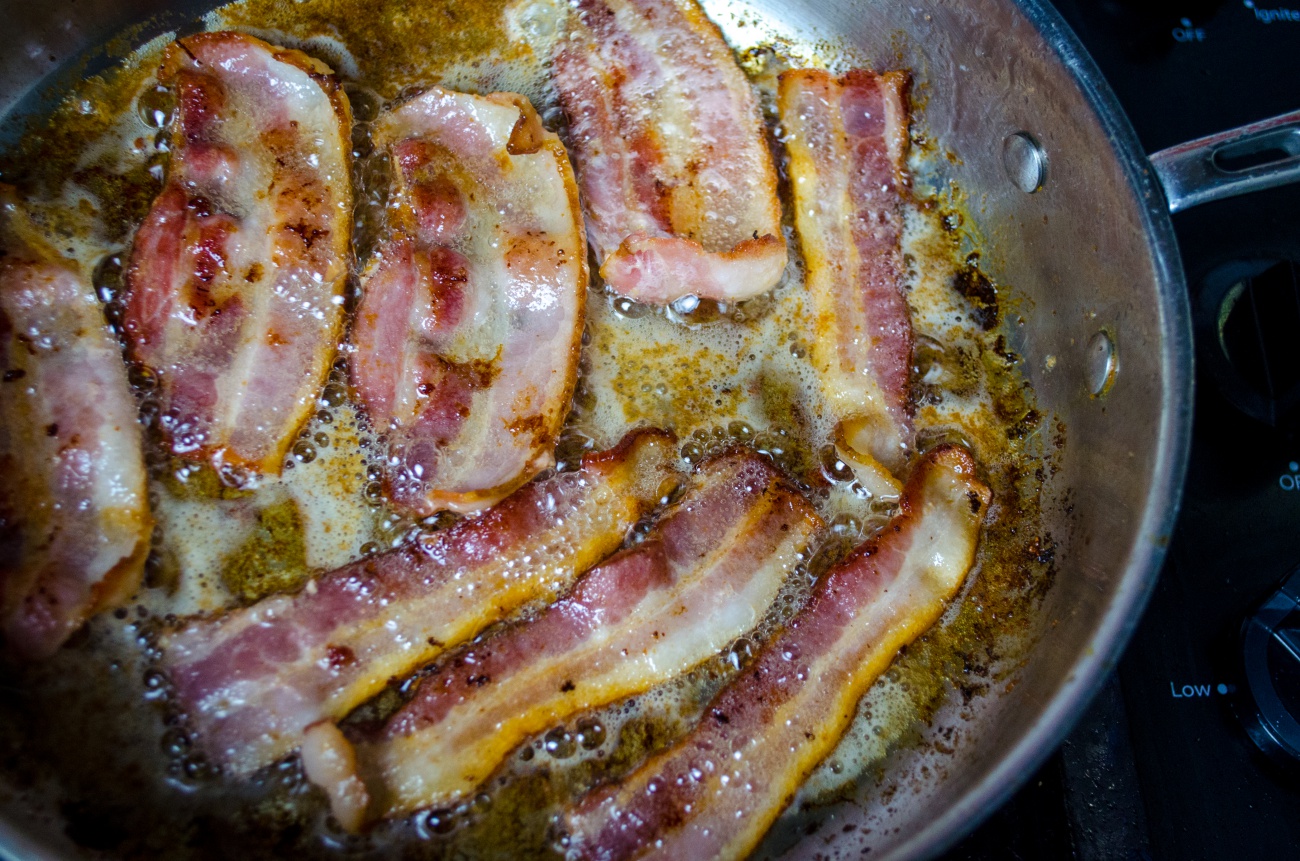 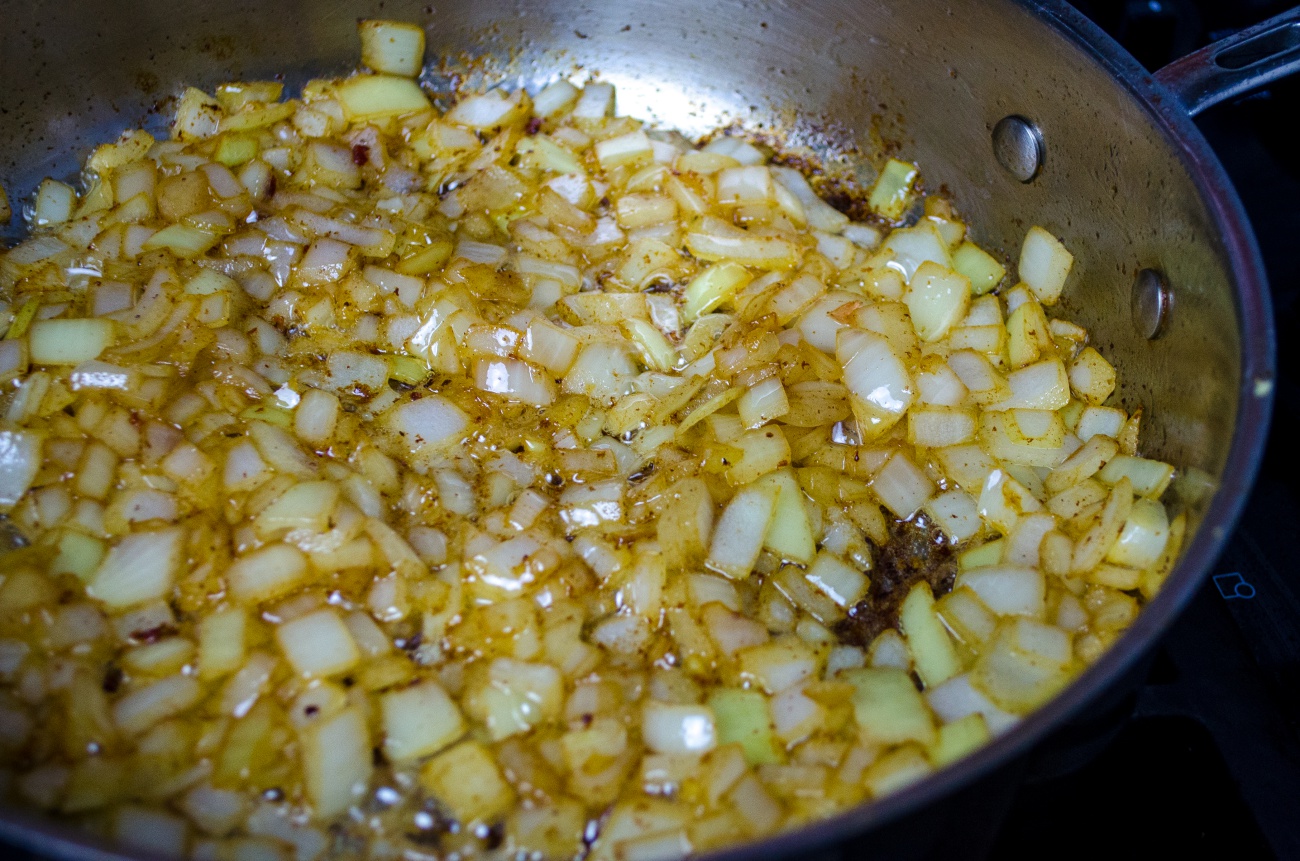 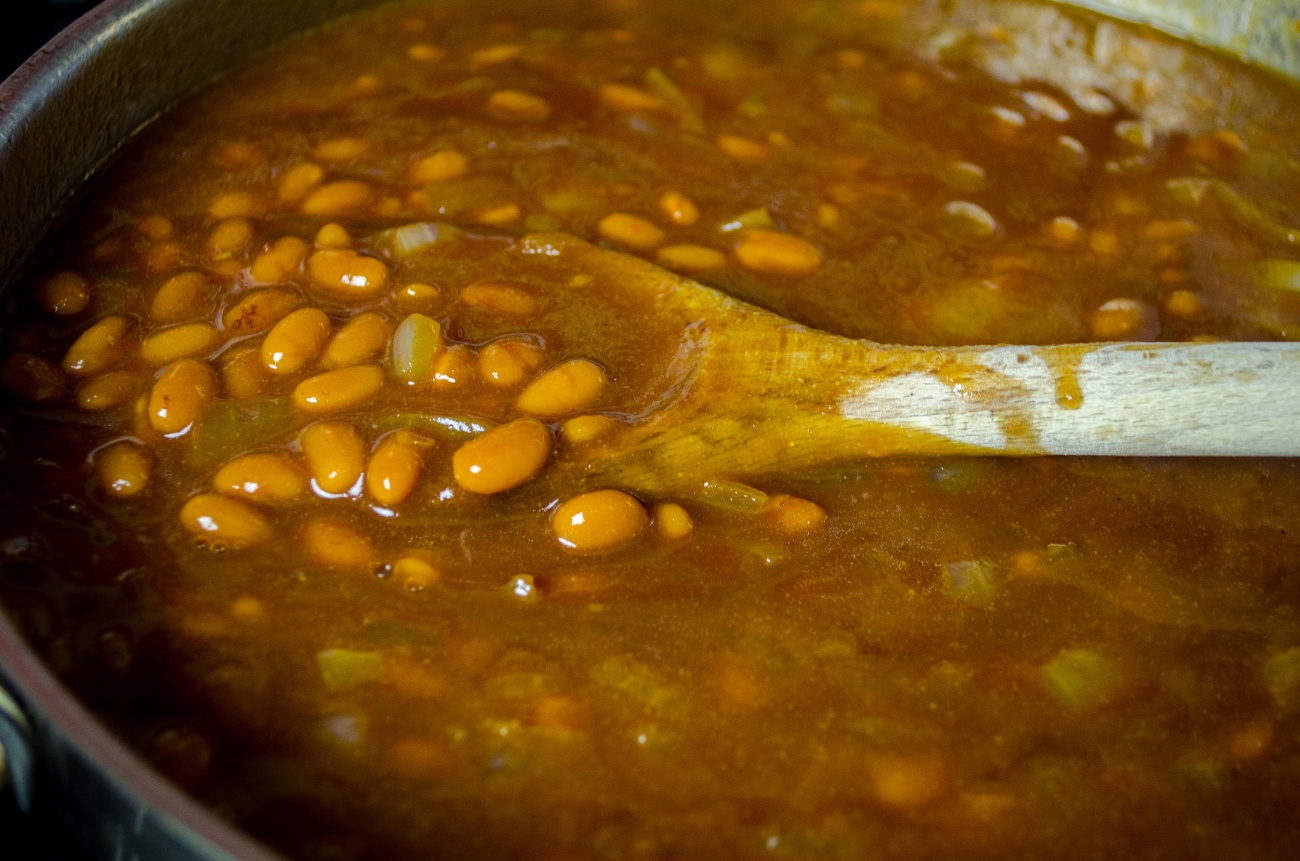 You start by partially cooking the bacon in a large skillet (like, the largest one you have) to ensure that it's crispy as can be when it comes out of the oven. This also means you have delicious leftover bacon fat in which to cook your onions. Add those and saute them until they're soft and translucent before adding in allllll those beans. 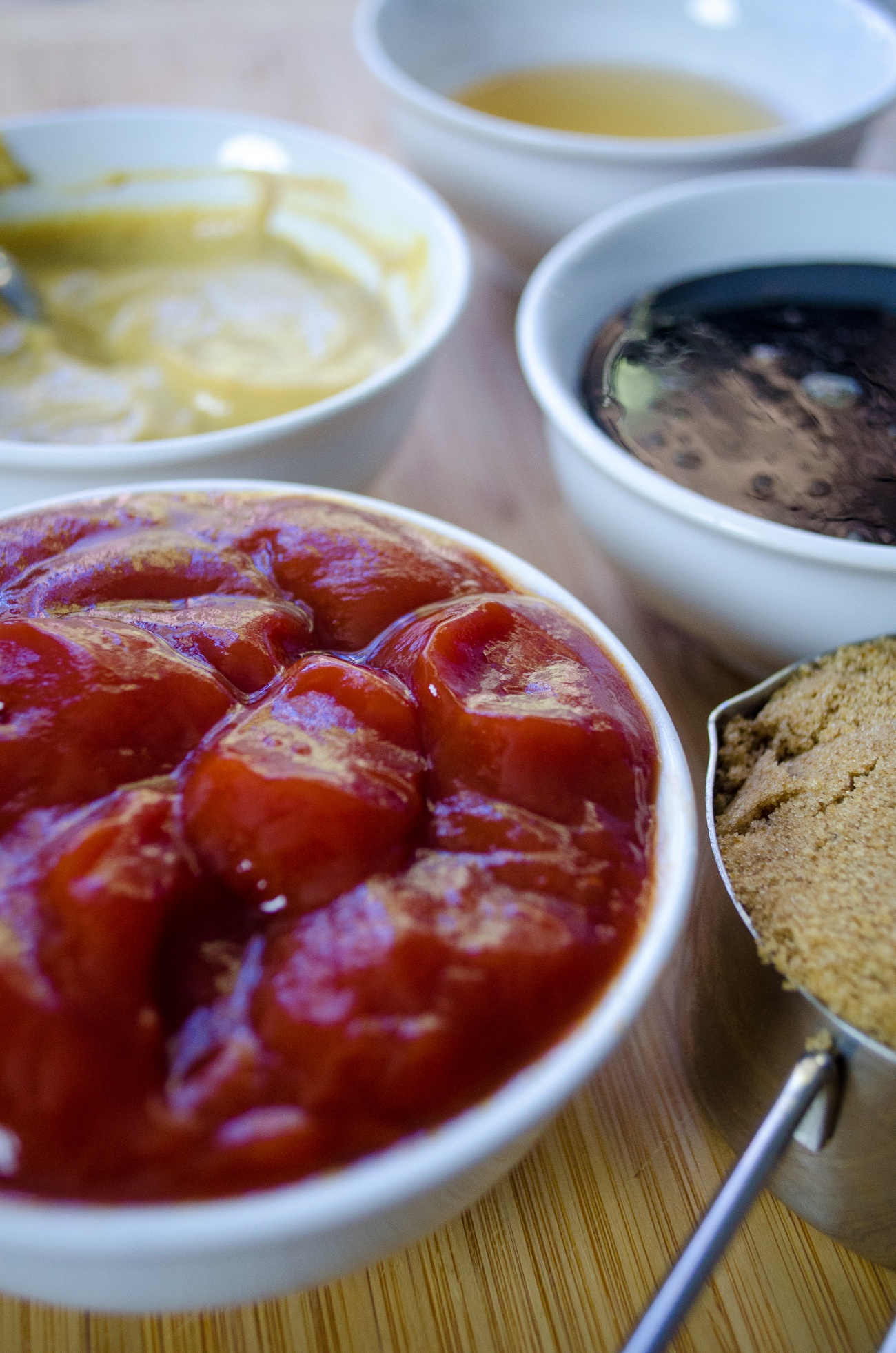 From there, you add some ketchup, molasses, brown sugar, Dijon mustard, and some apple cider vinegar and bring it up to a simmer. If you can't fit it all in the pan, you can bring the beans and sauce ingredients up to a simmer in a pot. It's basically just to speed things along so the beans aren't going into the oven cold. And it gives the flavors a little extra chance to meld. 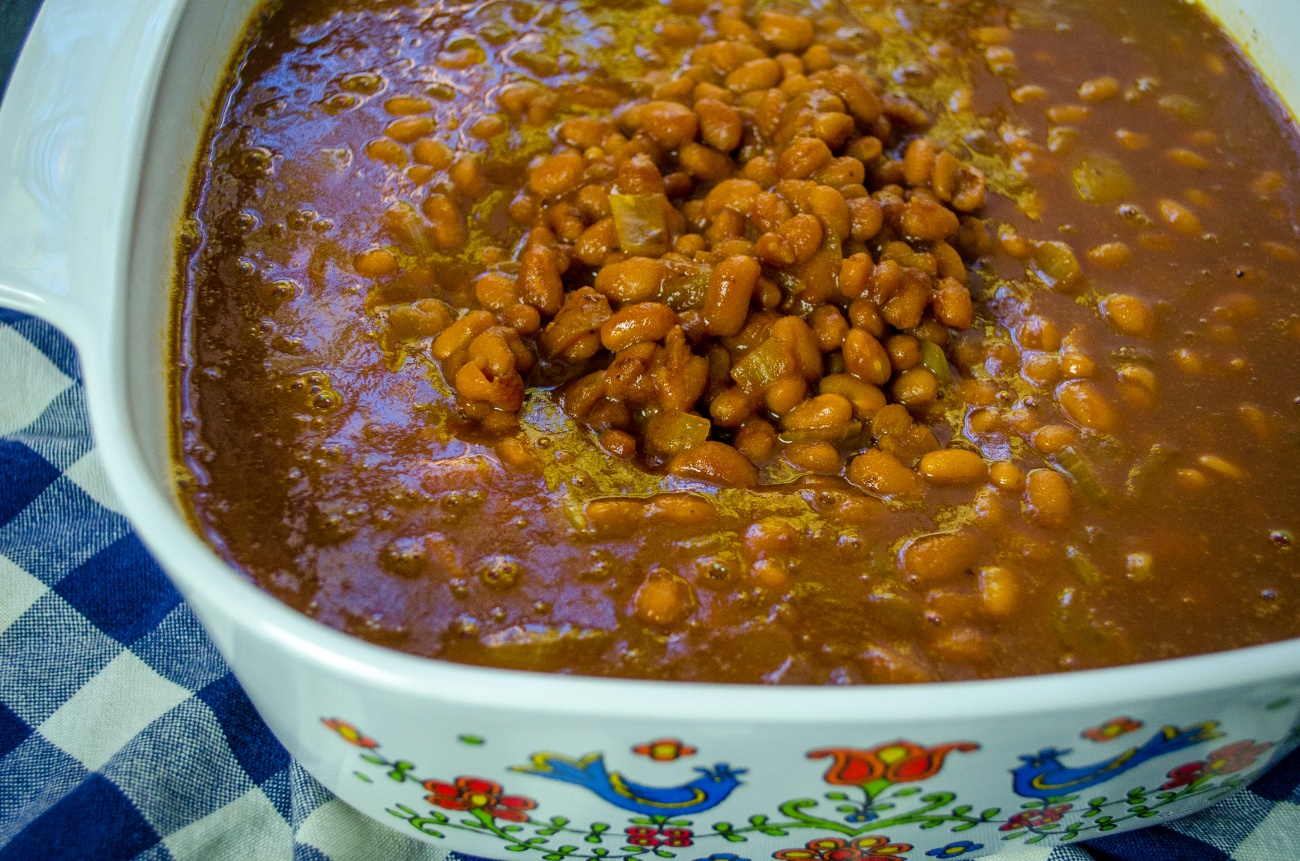 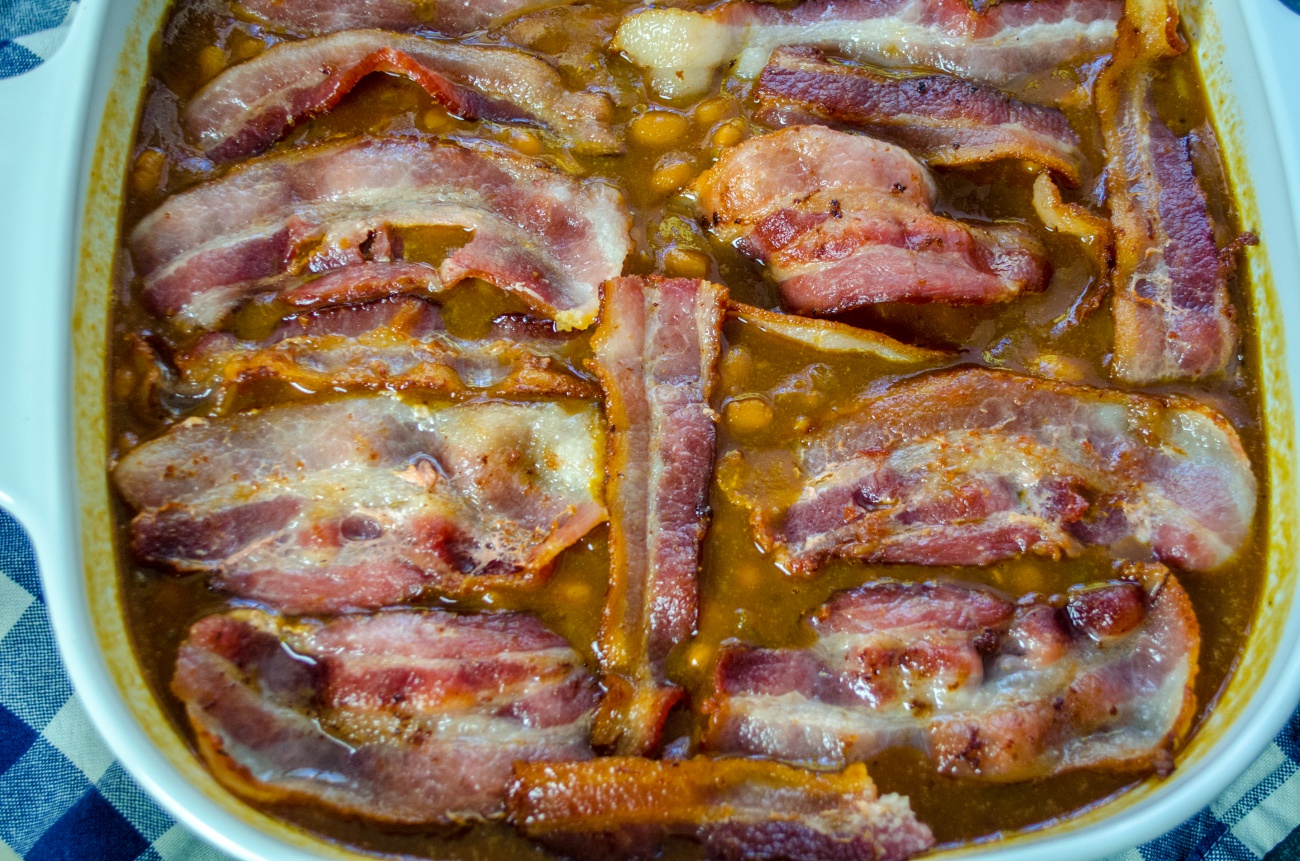 You spread them out in the baking dish, cover the top with slices of bacon, and pop it in the oven to caramelize and cook down for a few hours. Walk away, fold some laundry, put your feet up, read a book... when you come back, magic has happened. 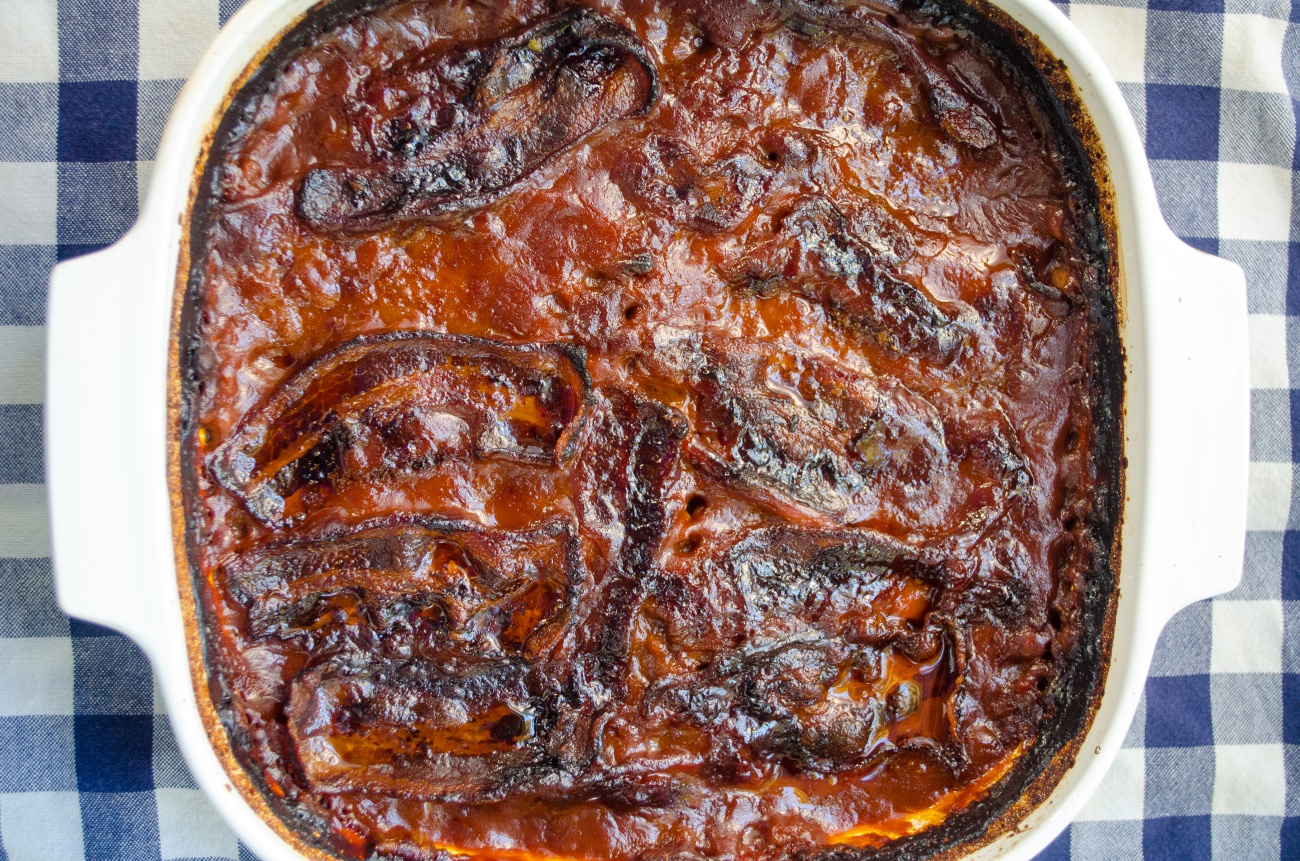 The sauce becomes thick and syrupy, the beans are tender, but not mushy. The bacon is crispy and an excellent complement to the soft beans beneath it. 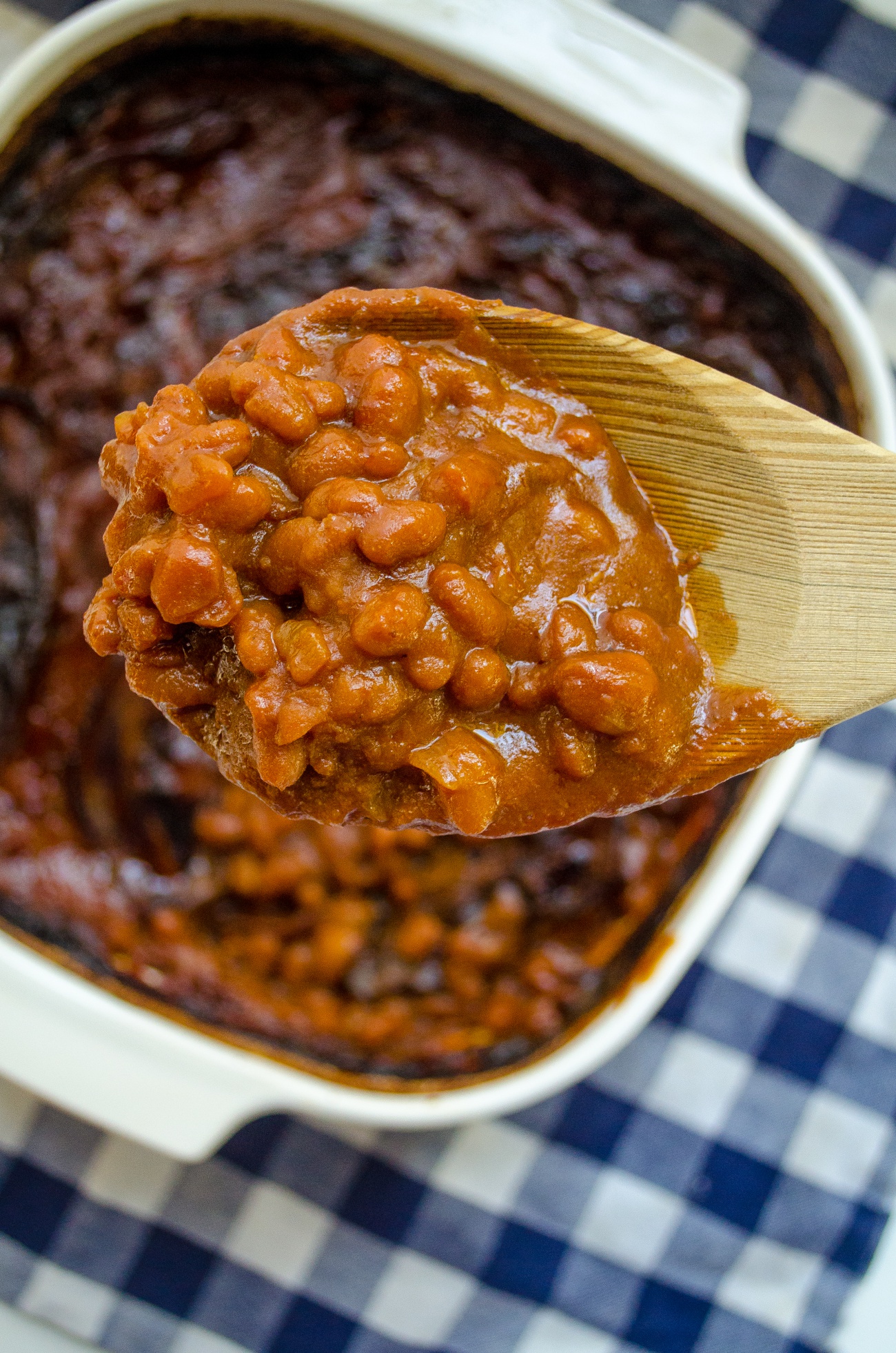 They're sweet without being cloying, backed by the body of molasses and just enough tang. It's the kind of side dish that's to be remembered. Fair warning: people will hound you for the recipe. But give it to them. Because they're the best baked beans ever. And sharing is caring. 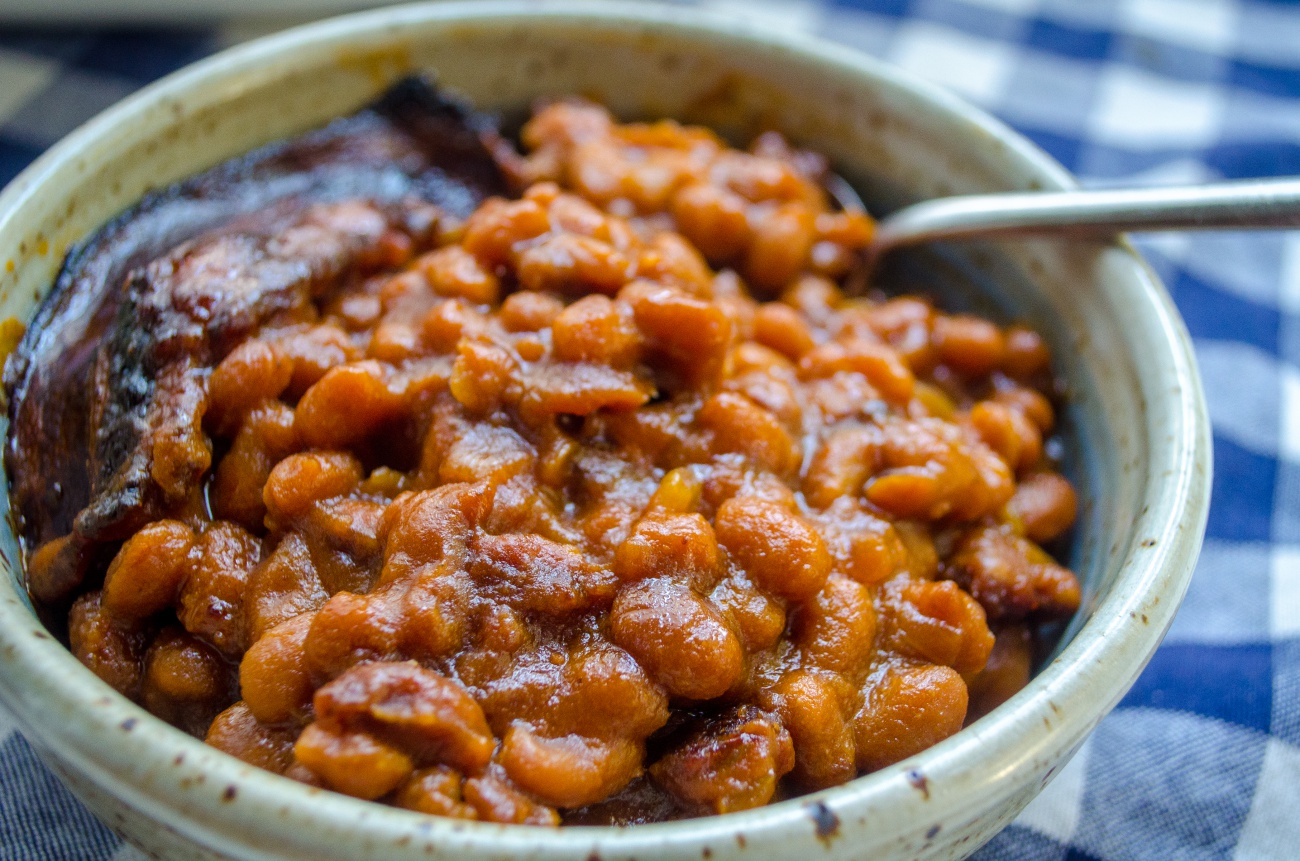